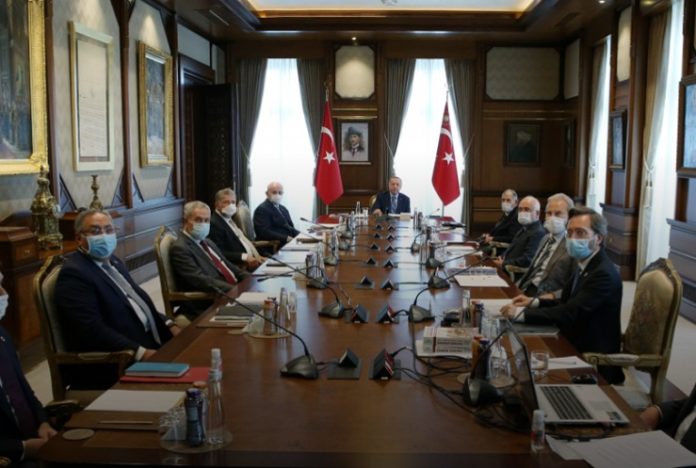 The genocide that in Aramaic (Syriac) is called “Shato d’ Seyfo” (Year of the Sword) reduced Turkey’s Christian population by 95% through brutal murders, expulsion and forced conversion. At least one and a half million Arameans, Armenians and Pontic Greeks were slaughtered, and since the events took place it has been denied by the perpetrators and their children for 105 years.

As the indigenous people of Turkey and a people without our own country, we have fought for recognition in every way we can. Acknowledging the genocide would not only be a recognition of the suffering of for our ancestors since it would affect our situation today as well.

The Turkish state has spent years and tremendous resources to address and deny every indication that the events of 1915 were a genocide. Extensive indoctrination about our history begins with the children in school and to mention the genocide as a genocide is a criminal act in the country, as it is a “violation of Turkishness”.

The authoritarian President Tayip Recep Erdogan and his regime have not differed from previous governments, and they have actively through dirty diplomacy tried to silence organizations and threatened reprisals against all states that have been on the right side of history. The Turkish state, by all accounts, seems to consider that their efforts have been insufficient and therefore they are gathering in an effort to achieve their horrific goal once and for all: To deny a genocide took place and to silence its survivors.

Turkey plans to establish a so-called “independent civilian body” which is solely responsible for addressing accusations of the 1915 events. This has been done according to instructions from President Erdoğan after a decision was made at a meeting held by the president with its advisory board last week.

Advisors Cemil Çiçek and Seyit Sertçelik presented the proposal informing that Turkey did not have an institution that had a direct responsibility in dealing with genocide charges. They noted that relevant ministries acted when necessary, but there was a lack of a unified policy and strategy to effectively deal with the allegations.

According to the decision, the institution which will consist of researchers in history, lawyers and other experts must be independent, and this is something that deserves to be met with great skepticism. Partly because Turkey’s authoritarian and extremely nationalist state has not had any transparency or acceptance for the conclusions of the entire community on the of scholars on the matter, but above all, there is a history of indoctrination and dissemination of information that few other countries rival regarding their own violations of human rights.

Another thing that is suspicious regarding the institutions independence is that the aforementioned Seyit Sertçelik who came up with the proposal is himself one of very few researchers in the world who denies the genocide. His book appears to lie on the table in the articles picture and the cover itself is as appalling as the lies he spreads that we and the Armenians were traitors who wanted to divide Turkey with the help of Russia, rather than victims of an ethnoreligious genocide.

For generations, the affected groups have been hoping that the day when Turkey settles with its history will come. We are many who have worked hard to push the issue in every way we can. The fact that Turkey has found this issue problematic has been obvious, but it is now clear that a reconciliation process is not imaginable. Instead, we may see propaganda, insults and disdainful statements about our ancestors as Turkey are leaving more recourses to combat a question so sensitive to the country.

To fight against a scapegoat or enemy is a classic technique from the rulers of nations to get the attention away from their own failed political methods. Like, for example, restriction in freedom and human rights as well as a totally collapsed economy. Usually, it is a war against another nation that causes the population to join in and stand behind its leader, at least for the time being, but in this case Erdogan engages in another type of warfare.

For what we are seeing now is how Turkey is gathering power to enter into a battle against science, scholars of the world and our history. It remains to be seen how the battle end.