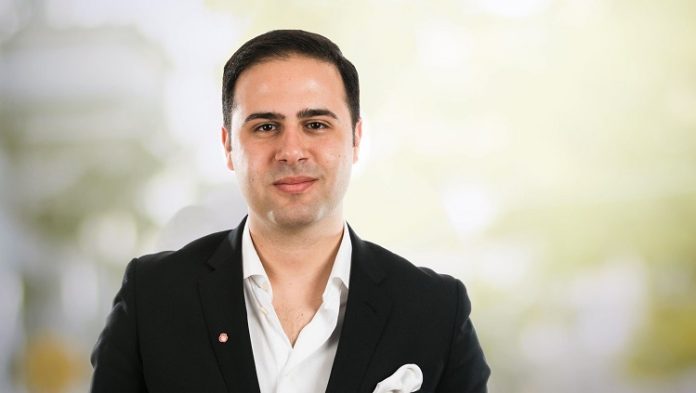 The Swedish Parliament has a new member in 28 year old Abraham Halef who has Aramean (Syriac) roots and will, as a substitute, represent the Social democrats from the 1st of August.

Despite his young age, Abraham has plenty of political experience. He is well known among the Social Democrats of Södertälje and Stockholm County as he has been involved in local politics in his home municipality since 2006. Abraham, who is a social worker by profession, has been 1st vice-chairman of Södertälje’s Social Care Committee and now looks forward with excitement on what awaits.

-It is with excitement that I look forward to assume this role and I am extremely grateful that I have gained the trust of the people and in turn this opportunity to influence our country in this way,” said Abraham

The reason why Abraham takes office in the middle of a term is because he comes in as a substitute for an ordinary member. The person Abraham is replacing is Minister for Business, Industry and Innovation Ibrahim Baylan (who also has Aramean roots). Since Ibrahim has been one of the government’s ministers since after the election, his place has so far gone to Helene Hellmark Knutsson. However since she recently was appointed as county governor of Västerbotten, it has opened up as spot for Abraham to take a seat in the parliament.

What committees and roles Abraham will have in parliament is not clear yet, but as a politician he has had some core issues which he has been particularly focused on.

-As a social worker and the deputy chairman of the Södertälje’s Social Care Committee, social issues, especially those related to disabilities, have been something I care about a lot. Also, youth unemployment has been an issue I have been working with and it feels more relevant than ever as we are in the midst of a pandemic that is hitting hard on youth unemployment, is what Abraham replied.

As a Swedish member of parliament with Aramean roots, who also has been engaged in various ways within the Syriac Orthodox Church and the Aramean organizations of Sweden, it is natural that Abraham also has specific expectations regarding issues that are of importance to the Aramean people.

-I am proud of and comfortable with my heritage and I, together with the rest of the party in Södertälje, have always worked with the Seyfo issue as well as today’s situation for our people. In Södertälje, where the Social Democrats have governed for a long time, we have excelled in these issues and have always been pushing for change. Both in the community and internally within the party, Abraham concluded.