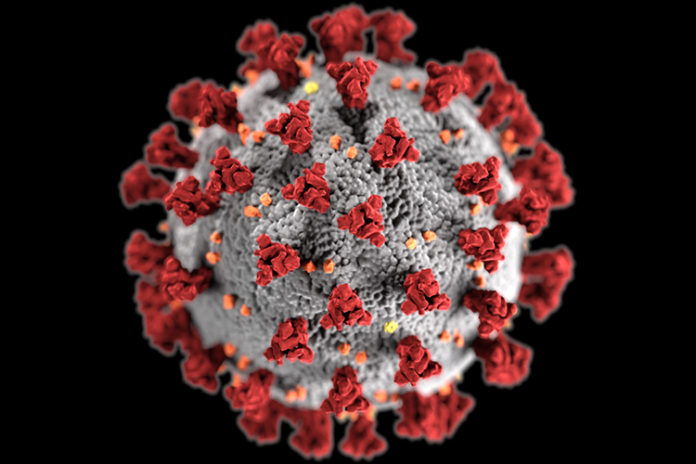 Covid-19 has influenced the whole world in a way that is historical. When nations proclaim that we are in a crisis similar to a war, issues and situations that you would otherwise not think of arise. One of these is: How does the Aramean (Syriac) diaspora handle a crisis in its new homeland?

Sweden’s strategy for managing the ongoing pandemic stands out and has received international attention. Because even though we have directives about how big events can be held and about visits to the elderly, elementary schools are still open and most people go to their jobs. Much of the fight against corona is left to the people’s own ability to take social responsibility and listen to the directives of the Public Health Authority.

The Arameans are a large group in the country and have, as a people without their own homeland, built up a well known and strong diaspora in Sweden. Large national organizations with local associations are now well established and around fifty Syriac Orthodox churches are located in cities around the country. Tens of thousands of Arameans live in the Stockholm region alone, with Södertälje being the municipality with the largest Aramean population in the area.

The Aramean diaspora is regarded as well established in Sweden since the group sought refuge here. Sweden’s policy on integration enabled early founding of democratic associations and subsequently national federations for them. These cultural, sports and youth associations, together with the church congregations, are the backbone of the mentioned diaspora in Sweden. They have served an obious role in educating democratic practices to the people and have cherished the cultural and historical heritage for several generations.

If you look at the group through the eyes of an expert on infectious diseases however, one can feel justified to say that the risk of infection among Arameans is greater than ethnic Swedes. In order to draw a comparison that is easy to understand with regard to Covid-19, you can say that the Arameans are in ways very similar to the Italians. Generational housing has been commonplace and it is for many reasons rare to live alone as an Aramean. The selection of who is considered “family” is much larger, and not visiting and socializing with their elderly often is unacceptable. And it isn’t just the weddings that brings hundreds of guests. The same goes for funerals.

In Swedish media, a funeral ceremony St. Peter’s Syriac Orthodox Church in Hallonbergen, Stockholm has been mentioned as an example where a number of people have been infected and where several of them have passed away. The congregation was also used as an example in a debate article by the leader of the Christian Democrats, Ebba Busch. She expressed the following:

“The model is described as uniquely Swedish. The government also specifically emphasizes the Swedish characteristics.” We still have a great deal of trust, to each other, but also to the authorities and politicians, ” Foreign Minister Ann Linde said when explaining the Swedish corona strategy in comparison with other countries.

It is true that our country is characterized by high trust. But the government has missed that this does not apply to all parts of Sweden. In vulnerable areas, people rely less on their fellow citizens and the authorities. It has consequences for the dissemination of information. The people who live there want healthcare, welfare and security like everyone else, but they have different conditions. When the government builds its method of hindering the spread of infection on everyone acting as if they were born and raised in Sweden – homogeneous believers in authority and socially distanced since birth – you run the risk of throwing a large part of the population under the bus. “

The narrative that paints the picture here is that the congregation in Hallonbergen suffered because the members have a distrust of authorities and are unable to follow their directives. The fact that they have a different social tradition is correct, but if you ask the Aramean organizations in the country a completely different picture is presented about how the members have reacted during the pandemic.

-We made the decision to postpone our biggest activity gathering hundreds of young people in the country a few days after tens of thousands gathered to see the final of the Melodifestival (It determines the country’s representative for the Eurovision Song Contest) in the Globe. We then called on our local associations to pause their activities and we have had an annual planning that has this situation in full account for us to be able to take social responsibility. Several of our local associations has handed out 300 liters of hand sanitizer for free and we have several initiatives underway to reduce the spread of disease. So yes, I absolutely think that we have acted clearly and correctly in accordance with the directives of the authorities, says the Syriac-Aramaic Youth Federations (SAUF) chairman, Jacob Lahdo

– If anything, our associations and members have shown good self-insight and have immediately stated that we must be extra mindful of getting our elderly to stay at home and distance ourselves from them. Even though it feels rough, everyone is tough on their elderly who are listening well, Jacob continued.

On social media you can see that SAUF is not the only ones informing about the virus. The Syriac Orthodox Youth federation (SOKU), the Syriac Orthodox Church in Sweden and Archbishop Dioskoros Benjamin Atas himself have written and commented on the issue.

– Our church has been in continuous dialogue with the government and the authorities since the corona virus began to spread in Sweden. Because of how the situation developed, our churches took measures that were stricter than those decided by the government when it comes to number of people that may gather. Keeping our churches closed is something we would never do if it wasn’t necessary for the individual visitor and also for the entire Swedish society. The church and we as a youth association obey every recommendation of the government and authorities, says SOKU chairwoman Juliana Aktas..

For a people whose identity is influenced so much by the Christian faith, it is a major change to not be able to go to church. But it is something that’s handled by the help of non-conventional approaches.

-We are grateful for the technology we have today that allow us to apply creative solutions. Our congregations live stream services and ceremonies through Facebook and you can also participate live in the service through Suryoyo Sat. We have also started a project called “The home as the church” together with the organization SOUF where we upload weekly lectures on our church and faith to bring the church to the members’ homes, on Julian’s website, Juliana explains.

Satellite TV channel Suroyo Sat has also broadcasted several programs and produced informative videos in the Aramaic language so that those who are not fully learned in the Swedish language will be reached by the critical information from the authorites. It has also been done in Arabic and info is broadcasted daily in other languages such as German for other diasporas in Europe to see. Talkshows with the archbishop have also been broadcasted to reach out about information regarding the church.

With our satellite we reach Arameans all over the world, but the spreading of information has also been good on Facebook. In addition to short info clips, we have had longer programs with doctors who told us more about the virus and what is needed to avoid the spread. Most arameans have probably also seen all the necessary information through Swedish media and crisis info online, but for the elderly who may not have the same digital lifestyle, i think our efforts may have been significant in getting them to realize the seriousness and stay at home, says Antoine Tony Elhoury, chairman of Suryoyo Sat.

We are far from being able to draw any conclusions about covid-19 and its impact on society, but a group that on the surface may appear to be at high risk of being hit hard seems to actually act in a way that one might not seem to expect. The last discussion about the corona virus linked to ethnicity and immigration has probably not been had yet. But i can safely say that the reason members in Hallonbergen have been infected isn’t because they distrust the state

Let us remember for the time being that the images from Sweden that are marveled at internationally hardly are of (now closed) churches that from the first day have followed the orders of authorities.

The pictures are rather those of Stockholm’s well filled terraces of cafés and pubs as well as the clusters of people who are walking around in the sunshine in the inner city. I think the question one should ask carefully is whether what’s important is if you are a homogeneous believer in authority and socially distanced at birth, or whether you are so when there’s a crisis.