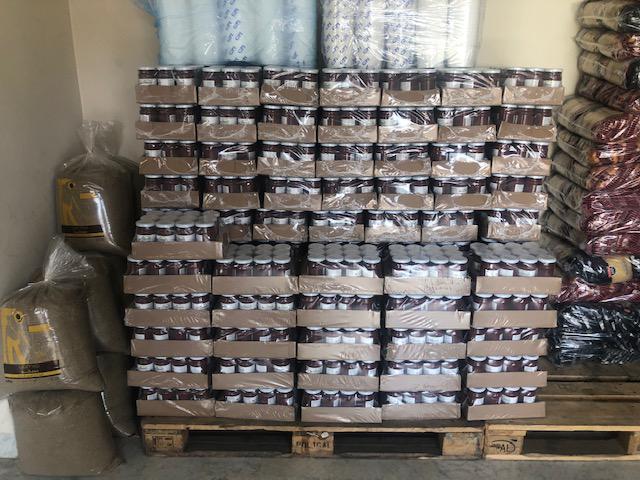 The explosions in Beirut on the 4th of August have hit the country’s Arameans (Syriacs) extremely hard. In this urgent situation, Arameans, through their federations around the world, have tried to show solidarity and contribute towards humanitarian aid for those in need. However, the situation is critical and they are appealing for continued help.

The situation in Lebanon has been very serious long before the explosion. The economic crisis in combination with the pandemic meant that the cost of living and, above all, food prices increased dramatically for the country’s inhabitants, and many found it difficult to put food on the table.

Therefore, an initiative was started earlier this year by the Aramean federations in Sweden in collaboration with the Syriac Orthodox Church in Lebanon and Tur Levnon Syriac Maronite Union to help those in need. The aim was to aid them so that they could have food and necessities to make it through the tough period.

-We collected about 600,000 SEK (€60 000) which we structured to pay out in installments since we must maintain transparency towards our contributors but also to ensure that everything goes about in a safe manner for our local volunteers as well as the fact that it previously was difficult to send larger sums of foreign currencies to the country since the domestic currency crashed, said Habib Dilmac from the Syriac Federation of Sweden.

After the explosion, the restrictions from banks have been eased so that humanitarian aid can come in more easily, as the need for it is unprecedented.

-Now after our latest fundraising program, where the organization “We are Christians” based in Germany also participated, we expect that we have donors who donated another 800,000 SEK (€80 000), which is a large sum that shows the heartwarming solidarity of the people. However, we can not settle and will continue to do everything we can so that they can recieve help for as long as they need it, Habib Dilmac from the Syriac Federation of Sweden concluded.

Basic goods such as rice, lentils, canned goods, oil and more will continue to be distributed on site. Food however is just one of the concerns in the country where about 250,000 – 300,000 are estimated to have had their homes destroyed. All churches and monasteries in Lebanon have opened their doors to provide a roof over the heads of the people, but many churches have also been destroyed by the explosion. According to sources, about 30 churches have been destroyed.

The Aramean organizations around the world will continue to monitor the situation of the Arameans in Lebanon, and billing information to donate to the charity can be found here: